Coal under fire as britain moves towards renewable energy 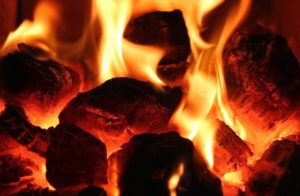 In May of 2019, Britain managed to sustain a then record-breaking two-week period of non-reliance on coal to generate the nation’s electricity, the first time this has been achieved since 1882. The Government currently holds plans to phase out the UK’s last coal-fired plants by 2025 in order to meet carbon emission goals, while Fintan Slye, director of the National Grid Electricity System Operator (ESO), revealed that there is “still a lot of work to do,” however “as more renewables come into the system, we’re seeing things progress at an astonishing rate.”[1]

In 1882, the Edison Electric Light Company opened the world’s first commercial coal-fired power station at a central London address. The pioneering facility burnt the fossil fuel to drive a steam turbine which then powered some of the first nearby electric street lights, as well as private residences.[2]

The UK then went on to become reliant on coal to light its streets and heat its homes for the next hundred years and as recently as six years ago, coal still afforded 40% of the UK’s electricity needs. There is however, widespread acknowledgement, now perhaps more than ever before, on the importance of investment in renewable energy sources. Whilst thanks to pressures induced from Government bodies and consumers alike, there is an increasing impetus for businesses to continuously practice in a sustainable manner, particularly as, as a society we collectively take an increasing onus towards achieving a net-zero carbon economy.

Preparing for the future

In Britain, we find our energy consumption shaped by an aged infrastructure that was never developed in anticipation of modern electrical consumption demands. When we couple this with the Government’s introduction of the Carbon Price Floor policy in 2013 which, as anticipated, severely hampered coal fuel’s profitability, the nation naturally found itself turning towards renewable sources for alternative forms of electricity generation.

To date, the UK has installed more offshore wind power assets than any other country leading to wind becoming a mainstream power source for the UK. However, as recognised earlier by Slye, we have a long way to go as a nation, especially before we can fully rely on renewable energy sources given our infamously unpredictable weather.

In response to this, there are answers available on the market today such as battery storage solutions which are designed to address issues of intermittency provided by renewable sources of energy. Energy storage can capture electricity produced by both renewable and non-renewable sources and store it for discharge at a time most optimal for a business.

The Powerstar VIRTUE energy storage system is a prime example of an integrated energy management and microgrid solution with smart grid control. The system allows for greater control and flexibility of a company’s electricity usage, particularly as the VIRTUE is developed as a fully bespoke product in line with the requirements and priorities of the client. This enables both business users and electricity grid operators to benefit from flexibility, lower energy costs and greater security of supply.

A key application of the VIRTUE energy storage solution, is the ability to time shift during peak DUoS and Triad periods. What this means is that businesses can store energy created and supplied by the National Grid during “off peak” periods where the cost is low. This stored energy can then be utilised during peak usage hours, where cost of use is always high.

Powerstar’s VIRTUE can also be integrated with new or existing renewable assets, creating an opportunity for businesses to charge from renewable generation when it is available and store it for discharge when best required by the client (usually during peak DUoS periods). This not only provides significant cost savings to the client in question, but also helps to stabilise the integration of renewable sources for the National Grid, as the well-acknowledged intermittency issues are addressed by Powerstar’s VIRTUE solution.

The VIRTUE storage system also has an important element in its full Uninterruptible Power Supply (UPS) capabilities. By providing site wide UPS capabilities to the energy load at all times, VIRTUE eliminates the need for additional back-up generation. This facet becomes particularly important for sites which require a constant energy supply to critical equipment, or even simply to provide protection to sites as we see an increasing level of energy brownouts. UPS capabilities can significantly reduce the likelihood of energy related failures which is reported to total as much as 17% of annual revenues [3]

The Powerstar VIRTUE can also support EV charging facilities for businesses, a growing need in the advent and need for the creation of a cleaner, greener world. To learn more about this, and other services offered by Powerstar in line with your energy needs, please click here. Alternatively, you can contact the team at info@powerstar.com.

Contact us to see how we can help your business save energy costs, lower emissions and strive towards Net Zero