How To Ensure Your Net Zero Project Delivers as Expected

A growing number of businesses and organisations across a range of sectors are coming to the realisation that procurement alone is not enough to deliver on their energy goals.

Properly integrated technology solutions will be required to address conflicting priorities: the cost of energy, the need for security of supply, and the need to improve sustainability.

Upgrades to your power infrastructure and implementing new technologies has the potential to transform your energy strategy. The right solution can help to reduce costs, lower your carbon emissions, and better protect you from power disruption. However, a technology that doesn’t deliver as expected is risking not just a wasted investment. It could also open your site up to greater power disruption risk, increase running costs and damage your sustainability efforts.

It is vital that any technology options you consider implementing are considered as one aspect of your wider, holistic energy strategy, rather than a standalone solution. While options such as on-site generation or energy storage can transform how you purchase and use energy, they can be costly technologies, particularly if they don’t deliver as expected.

Common pitfalls include investing in on-site generation such as solar panels or wind turbines, then finding that their intermittent generation leaves you forced to rely on more costly grid supply more than forecast. The calculations on savings and emissions reductions used to inform your technology investment are potentially out the window, leaving you with costly infrastructure that isn’t performing as expected.

Similar issues can arise from implementing improved resilience. Combined Heat and Power is a growing alternative to generators, allowing for continued power in the case of a long-term power disruption. Often, this technology is described as able to offer your site ‘island mode’ functionality, running independently from the grid in the case of a power outage. However, without support from supplementary technology such as a battery or UPS, it may not kick in quickly enough to protect your site. Alternatively, it may be brought offline during the power disruption without the necessary power to start it up again. 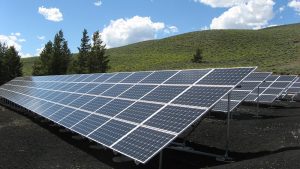 The best way to ensure that your infrastructure project will deliver as expected is with extensive testing before it is commissioned and installed. This is where ‘digital twin’ technology comes into play. While still a relatively new field of technology, the use of digital twins to allow complex simulations present a huge step forward in delivering reliable, comprehensive power infrastructure.

A digital twin allows a complete version of your site’s power infrastructure to be constructed in a digital space. This can then be used to test changes and additions in real-time, as well as gauging how your new infrastructure will respond to a wide variety of different internal and external factors. This has the ability to uncover a potential point of failure that might only impact your system in a very rare combination of conditions, but nevertheless risks causing power disruption.

Comprehensive digital modelling ensures that each individual aspect of a comprehensive energy infrastructure works as intended, as well as integrating correctly with each other. This ensures that you can make investment decisions with confidence, with access to demonstrable evidence that they will provide the savings, sustainability, and resilience benefits they are intended to.

To find out more about Powerstar’s unique modelling and simulation consultancy services, contact our team

The race to achieve net zero, and mitigate the most damaging effects of rising global temperatures, means that companies are facing enormous changes in how they operate.

Fault currents are a barrier to achieving net zero. What are they?

Fault currents present a threat to your site’s power infrastructure, your security of supply and you net zero ambitions.

How to Use Energy Storage to Achieve Net Zero

Every type of business has a responsibility to improve daily operations to reduce carbon emissions. The Government is also putting more pressure on certain industries to be more aware of their carbon footprint and to become more environmentally friendly.