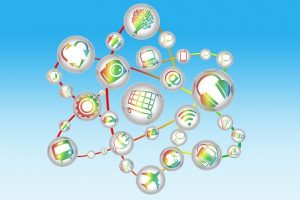 The rapid advancement in technology in recent years has been unignorable and has transformed the way we live, through everyday solutions such as smartphones and cloud computing.

However, these innovations are just the tip of the iceberg and major technological innovations that have a direct and influential impact on industry have been developed which has seen commentators describe the current boom in technology as the 4th industrial revolution.

This article will explain:

The rise of big data and enhanced technology capabilities has been coined the ‘4th industrial revolution’ and for businesses, referred to as Industry 4.0. It is defined by Techradar as “the gradual combination of traditional manufacturing and industrial practices with the increasingly technological world around us.”

Whilst Industry 4.0 is set to revolutionise businesses as a whole, it could be particularly influential in the energy industry which is going through its own revolution. A key driver involved in Industry 4.0 has been the establishment of the Internet of Things (IoT) which is essentially the interconnectivity of different devices and systems that allows different pieces of technology to share information and become “smarter”. A key technology is blockchain, which is a secure chain with blocks of transactions which enable the sharing of a digital ledger without the need for a central authority4. The third key component which has direct implications for energy is the digital twin. IBM defines the digital twin as “the virtual representation of a physical object or system across its life-cycle. It uses real-time data and other sources to enable learning, reasoning, and dynamically recalibrating for improved decision-making.” This is essentially representing a physical asset in a virtual environment and then using how the virtual asset responds to different stimuli to determine the best way to operate the physical asset in the real world.

INDUSTRY 4.0 AND THE ENERGY TRANSITION

The concept of Industry 4.0 is applicable to any industry as all companies need to adapt to the new world shaped by these disruptive technologies, but it could be argued that the energy industry is most affected or directly influenced. This is because Industry 4.0 arrives at a time when the energy industry is undergoing a revolution of its own that will see it transform rapidly over the next few years. This transition of the energy network is driven by the decentralisation and decarbonisation of the energy industry in order to limit the impacts of climate change, which has been underpinned by international Government policy, most clearly publicised in the Paris Climate Agreement, in addition to the undeniable requirement for the energy network to modernise in light of the aforementioned technological advancements the UK has witnessed.

The energy transition, and the future energy landscape which lies beyond it, requires a smart and flexible energy network with the ability to exchange energy and information to assist with the balancing of an ever increasing demand of energy. It is not simply the digitalisation of the energy network but in fact an overhaul of the infrastructure as it becomes a more decentralised system aided by technology such as battery energy storage systems, like Powerstar’s VIRTUE, to help balance supply and demand and maximise intermittent renewable generators (solar PV and wind), in a reliable and efficient way. Industry 4.0 and the technology inherent within it is something which promises to accelerate the development of the future energy landscape.

HOW BLOCKCHAIN TECHNOLOGY CAN COMBINE WITH MICROGRIDS TO ENHANCE THE NETWORK

One way in which Industry 4.0 could act as a catalyst for the energy transition is in its potential to accelerate the development of microgrids and decentralised energy networks through combining them with blockchain technology. A microgrid is simply a local grid which can operate independently of the main electricity grid. This is important for the energy network as it takes strain away from the main grid which is coming under ever increasing strain as the technology that Industry 4.0 is dependent on is utilised further and raises energy consumption requirements. 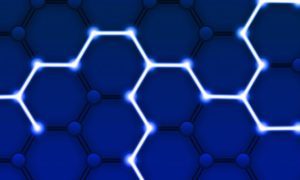 In addition to this, microgrids empower local energy users to generate energy on-site from renewables, which at times of excess generation, they can then trade on their local network promoting a more efficient and intelligent use of energy from businesses. It is in the area of energy trading where the benefits of integrating blockchain technology with microgrids arise. The security, transparency and immediacy of the blockchain would allow users to transfer their energy securely and quickly for a price which ensures that neither buyer nor seller are operating in a manner inconsistent with the market. This could provide a powerful incentive for people to implement microgrids as it could be seen as an opportunity to make money through little effort as it will be aided by smart technology.

IoT is so pervasive, and its potential so big, that it is often mistakenly confused with Industry 4.0. Whilst IoT is still a distinct concept by itself, it is easy to see where this confusion occurs as most technology within Industry 4.0 will be connected with other technologies and it is this increasing connectivity that is at the heart of revolutionising industry at large and the energy industry in particular. 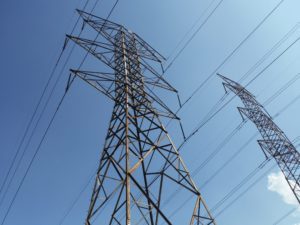 Firstly, the previous section’s example of microgrids and decentralised technologies is fundamentally dependent on the connectivity that IoT brings. This is because the ability to trade energy with others on decentralised networks that are independent from the National Grid will be impossible if there is nothing connecting the potential energy users together.

Secondly, with one of the main reasons for the energy transition being the decarbonisation of industry in order to minimise climate change there is a requirement for an uptake in the amount of renewable energy that is used. However, renewable energy is intermittent and can only be generated according to the weather, one way of smoothing this variability out is by storing renewable energy when the generation is high. With the IoT, this becomes easier as it will be possible to connect to advanced weather systems and manage your energy in such a way that you can store energy in anticipation of a bad weather period to then use during the period which avoids utilising energy from the National Grid.

The increased connectivity which the IoT provides means that more end users will be able to operate in a flexible manner and can therefore offer DSR services to the National Grid. This would strengthen the reliability of the National Grid as it would be better prepared and able to respond to unexpected fluctuations in the supply and demand of energy.

The physical-digital-physical (PDP) loop is an underlying concept of the digital twin and is characterised as the establishment of a digital replica of a physical asset followed by virtual analysis and visualisation and then applying the lessons learnt from the digital environment in to the physical world 9.

This loop has already been implemented by leading energy storage providers such as Powerstar through VIRTUE Remote Monitoring and Managing (RMM). VIRTUE RMM enables the customer with greater visibility and insights into their energy use and the operation of their Powerstar VIRTUE energy storage solution and other connected assets, such as smart transformers like Powerstar SO-LO.

A major benefit of a remote monitoring system is that it can allow for the flexibility to access critical information from anywhere with a secure internet connection. However, the implementation of the PDP loop multiplies the advantages of this benefit. This is because in the digital section of the loop, the big data that is derived from the remote monitoring system can be used to capture information for predictive modelling and analytics. In the context of an energy storage solution, the remote monitoring system could gather data which allows an energy manager to view when the site is most energy intensive and determine whether the energy processes of the site can be changed to avoid peak tariff times and save money. The results of the predictive modelling can then be applied back in the physical world and introduce benefits such as cost savings, error avoidance, greater efficiency, and greater flexibility.

When utilised with other assets, such as transformers or voltage optimisation, remote monitoring can lead to a holistic energy management process which enables a high quality and quantity of data to be collected from various connected assets. This allows for the energy management of a site to be streamlined and the connectivity between the assets facilitates the whole systems thinking that is vital for managing energy in a flexible manner which is consistent with the future energy landscape.

Industry 4.0 and the disruptive technologies within it are changing the way in which we live and work all around the world. Arriving at a time in which the energy industry itself is also going through a transition, the 4th industrial revolution has the potential to accelerate the pace of the energy transition and the success of the future energy landscape. However, in order to do so, the energy industry must quickly and successfully implement the technologies within Industry 4.0 in a way which supports the decarbonisation and decentralisation of energy.

To learn more about Powerstar VIRTUE please get in touch