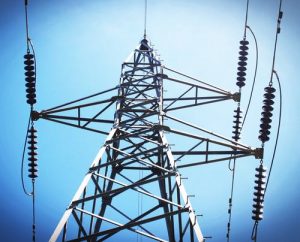 Nearly 1,000,000 UK residents were plunged into darkness on Friday 9 August whilst many more were severely disrupted as the country suffered a power cut in multiple regions during the early evening rush hour. The power cut came as a surprise to many but is representative of the need for greater resilience and modern measures of balancing the network as the energy transition gathers pace.

Shortly before 5PM on the 9th August, a sudden loss of nearly 2GW of generation occurred[1]. This was triggered by failures at two generators, the first being the 1.2GW Hornsea offshore wind farm and the smaller of the two being the 727MW Little Barford gas-fired power station in Bedfordshire.

These events caused the National Grid systems operator to be unable to maintain the system frequency at its obligated 50Hz plus or minus 1%[2], as the frequency fell to 48.9Hz. Although the widespread effects of this instance of a drop-in frequency is new, the National Grid has previously experienced a frequency fall below operational limits on three occasions in 2019[3].

The power cut had an impact on nearly a million residents across the country. The bulk of those affected were in the UK Power Networks area of London, South East, and East of England, and the Western Power Distribution area of the Midlands, South West, and Wales, with almost 300,000, and almost 500,000 people affected in the respective regions[4]. However, northern areas of England also suffered from the power cut, with at least 110,000 in Yorkshire and the North East, and at least 26,000 in the North West also impacted.

The incident itself was short-lived as it lasted less than 15 minutes and all demand was reconnected by 5:40PM on the Friday evening. However, the impact it had was longer lasting, particularly for transport and industry.

In addition to the stress caused to the many homes that were affected, businesses across the country suffered interruption to their operations resulting in an extended period of disruption, particularly those that have continuous operations, rely on electrical equipment and automated processes or even deliver critical assistance, such as manufacturers, airports and hospitals respectively. This was evidenced UK-wide including in places such as Newcastle airport and Ipswich hospital and additionally, it significantly delayed public transport services, with a reported 1,000 passengers being stranded at King’s Cross railway station as late as 9PM in the evening[5].

Why did the power cut occur?

At the time of writing, the exact causes of the power cut are unknown and BEIS has launched a formal investigation into the events. However, at this stage it seems likely that the changing nature of the energy network as a result of the transition to a decarbonised network is a factor.

This is because the higher amount of renewable power on the system led to fewer thermal plants generating as a result and therefore reducing the inertia of the system and consequently reducing the resources available in order to balance the network[6]. It is the case that in similar situations in the past, the National Grid has relied on inertia to help balance the system, a resource of which there is much less of now that renewable power has taken, and will continue to take, an increasing share of the energy mix.

As more renewable energy comes online, the National Grid will become reliant on mechanisms such as storage to balance the frequency and will be able to call on larger pools of backup energy be supplied to the grid to cope with a loss of planned supply

It is hoped that one of the major responses to this power cut is for the National Grid and organisations alike to accelerate the planned implementation of storage in order to allow for the network to be balanced within its operational limits and, for organisations, the ability to withstand such a loss on those occasions when power cuts do occur. Energy storage solutions with full Uninterruptible Power Supply (UPS) capabilities such as Powerstar VIRTUE, can provide a seamless response to instances of energy-related failure, ensuring that an organisation maintains resilience despite power cuts.

The alternative, to curtail renewable generation, is not only counterproductive but also unnecessary when deployed alongside storage which can then present industry with smart grids. Through the usage of smart grids, a greater amount of renewable generation can be brought onto the system and therefore, by implementing a smart energy strategy including solutions such as energy storage, individual organisations can accelerate their carbon neutrality journey and contribute to the UK as a whole decarbonising.

In conclusion, it is clear that power cuts have a human, reputational, and a financial impact on multiple levels. As more renewable energy is used, the National Grid needs to ensure that modern frequency balancing mechanisms such as storage are in place to help prevent such widespread disruption whilst individual organisations can minimise their risk by investing in smart energy solutions such as energy storage to boost their energy resilience.

Contact us to see how we can help your business save energy costs, lower emissions and strive towards Net Zero